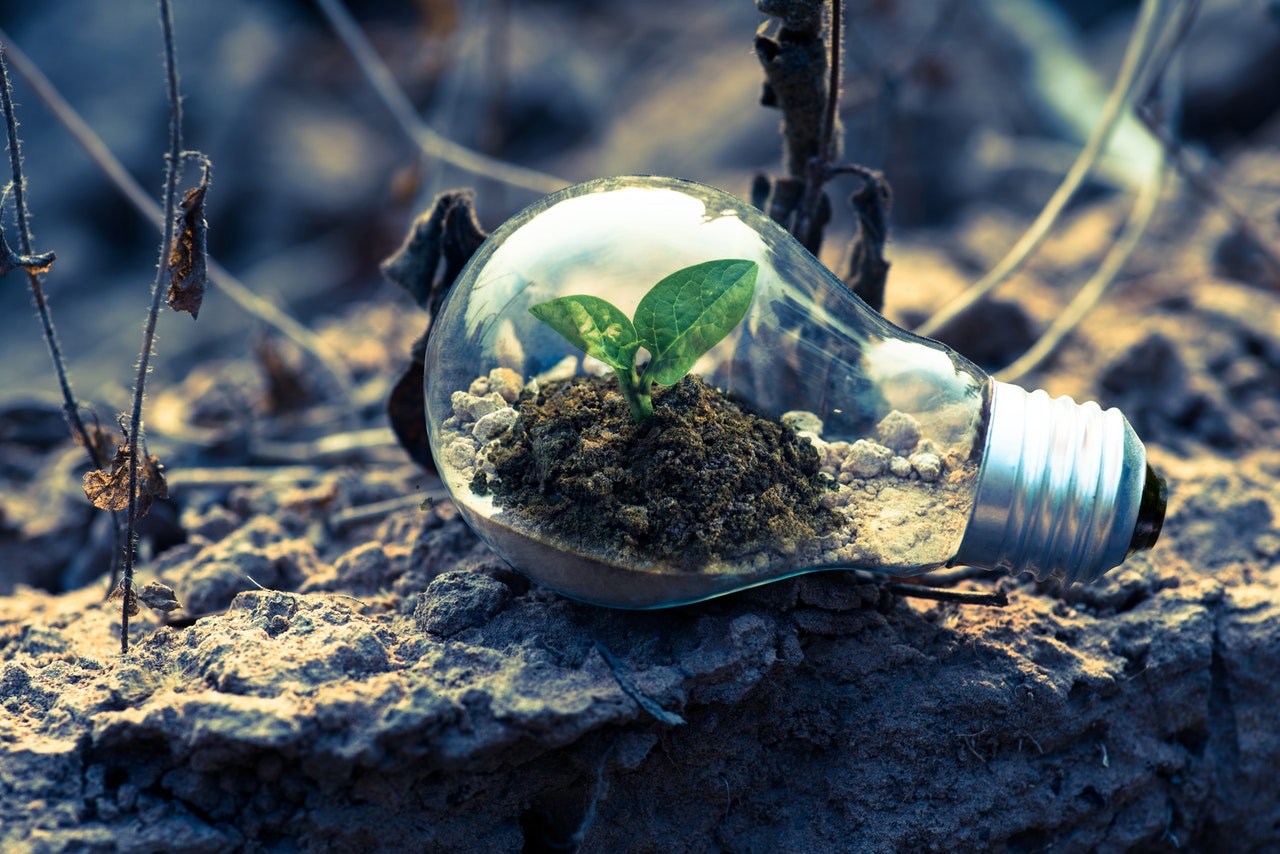 Have you ever experienced failure—not a little failure, like getting a C on a midterm exam—but a big failure, like your business going under, or losing the job opportunity of a lifetime, or having the love of your life drop you for someone else? If you haven’t, count yourself among a small group of lucky people. If you have, you’re not alone.

Failure is part of life, and without it, most successful people wouldn’t be where they are today. Why? It’s because failure has the power to teach us important lessons. Knowing where we went wrong directs us to do things differently and take new, sometimes novel approaches to achieving our dreams. Said differently, success is the child of failure—if, that is, we learn the lessons failure can teach us.

Striving for Perfection—Not a Good Idea

Imagine that the head of your company is an obsessive perfectionist, and a bit of a control freak. He micromanages. He insists on giving final approval for every corporate decision, down to the smallest details. His striving for perfection is hurting the business, but he won’t relent, even when his most trusted colleagues gently but firmly point out the negative impact of his obsessive behavior.

That man was Steve Jobs in the early days of Apple. This is how The Balance describes the situation:

“In the early days of Apple, Steve Jobs was well known for his intense perfectionism and the often adverse effects that it had on those working at the company. Jobs would need final approval on every single small detail of the early Macintosh computers, he’d fire talented employees without hesitation for not immediately conforming to his design aesthetics, and he’d scrap nearly-finished projects that didn’t meet his standards for elegance.”

How Jobs Turned Failure into an Asset

Jobs’ perfectionism eventually led to a much-touted internal struggle with Apple CEO John Scully, a battle that ended only when Jobs was fired. Where many would have viewed that experience as the end of their career, Jobs viewed failure as grounds for some serious introspection. He realized that it was his own behavior which caused his downfall, decided to mend his ways and went on to found NeXT, and to successfully manage Pixar, which he spun off from Lucas Films.

Those successes, borne of the lessons he had learned from his devastating experience with Apple, eventually brought him home to Apple in 1997. Now, he was more controlled, and more willing to delegate decision making authority to trusted employees.  The rest, as they, is history.

Embracing Failure Is Critical to a Growth Mindset

The truth is, however, that learning from your mistakes and adopting a model of personal growth are easier said than done. According to Entrepreneur, more than 75% of venture-backed startups fail, and “too much pride, resulting in an unwillingness to see or listen” is one of the top 3 reasons for failure.

It’s understandable that people become enamored with their own ideas and are reluctant to change direction. That said, the business leaders who succeed are the ones who tend to listen more than they talk, are able to admit their own weaknesses and seek guidance from others and, of course, understand that failure, when viewed with an eye toward growth, is simply a stepping stone to success.

1.  Make a Commitment to Lifelong Learning

If you don’t learn, you won’t grow—it’s as simple as that. Real learning is challenging for two reasons.

First, the willingness to learn new things and expose yourself to new ideas means acknowledging a gap in what you already know, and that can be difficult if you’re the type who tends to believe you know more than others. Second, real learning takes place in spaces where we tend to feel uncomfortable, places that are unfamiliar. Once you commit to a growth pattern in which you learn something new every day, you’ll be able to offer more to your business, and to your employees.

Perhaps the biggest hindrance to growth is procrastination. If you tend to put some things off, convincing yourself you can always do them later, you need to ask yourself why you avoided those specific challenges. Odds are, those are the tasks with which you felt the most uncomfortable, or the least equipped to manage.

Unfortunately, the challenges you put off are frequently the ones that most need your attention. Perhaps your IT people are complaining that they don’t have the necessary resources to do their job effectively, but you’re no tech wizard and fear exposing your lack of knowledge in front of others. A better approach would be to meet with your staff and ask for their help in solving the problem.

Here’s a simple but effective strategy. Every morning put together a list of those challenges which seem the most daunting. Then, commit to tackling those challenges first. Doing so will give you the confidence you need to face the rest of the day, and to manage even bigger challenges in the future.

Remember the old adage, “if at first you don’t succeed?” Too often, when leaders don’t get the results they want fast enough or fail on their first attempt, they abandon what might be an outstanding idea.

If things don’t go your way the first time, reexamine what it is you’re trying to achieve, and how relatively important attaining that goal will be for your success and the success of your business. Said differently, don’t quit simply because things aren’t happening quickly enough, or because a new set of facts makes it necessary to amend your plan. In other words, if you keep your eye on the prize, ignoring the occasional bump in the road, you’ll greatly increase the odds of success, and of growth.

4. Think of Failure as a Trusted Partner

Spoiler alert: you’re going to fail—not all the time, but occasionally. You’re going to occasionally fail because everyone does, even some of history’s most successful entrepreneurs. Thomas Edison, for example, failed in his attempt to invent the light bulb more than 10,000 times. When you fail, remember that you’re in pretty good company, the company of people like Edison, not to mention Walt Disney, Oprah Winfrey, Henry Ford and Steven Spielberg. They succeeded because they had the confidence to slog forward, even in the face of sometimes devastating failures.

Adopting a growth mindset isn’t easy—but nothing worth doing ever is. To succeed, you need a clear vision of what it is you’re trying to accomplish. Once you have that clarity, it will become easier to learn new things, stick to your plan when the going gets rough (or change your original plan, if necessary), face challenges head on and, of course, treating failures as learning and growth opportunities. If you’re willing to do these things, you’ll eventually reach your goal, grow in confidence—and succeed. 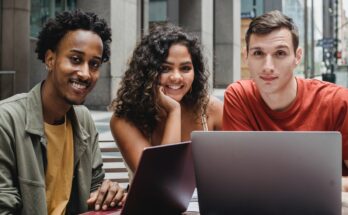 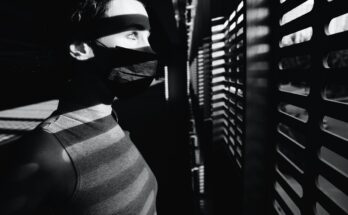 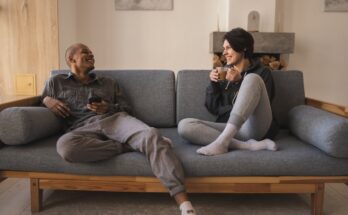 The Best Ways to Deal With Stress In A Relationship 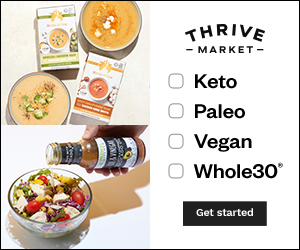 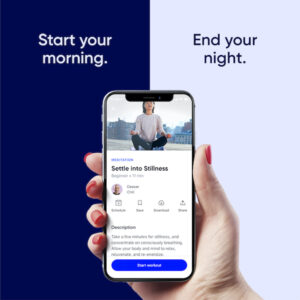