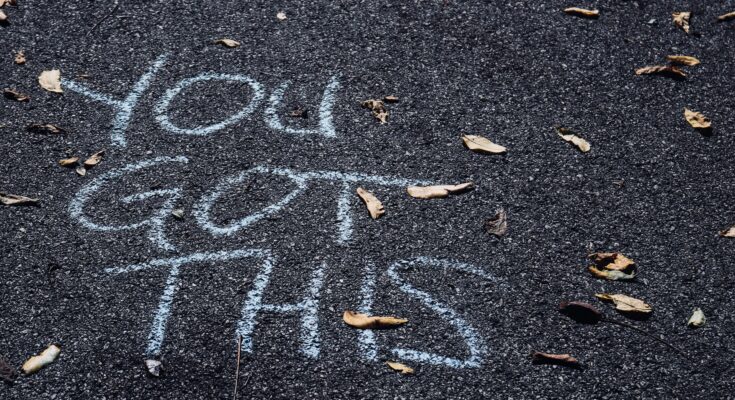 Self-confidence is often based on real ability, whereas high self-esteem can be more due to defensive reasoning. For example, if you were badly injured in an accident, most people would feel very low self-esteem. That’s because they are unable to do the things they could previously. However, in this case, a person with high self-confidence would think, “I’m still able to walk so I must be okay.” Someone with low self-esteem may dwell on their disability and become demoralized by it.

This self esteem vs self confidence distinction is important for two reasons:

So, there is a difference between high and low self-esteem. The former has benefits for mental health, while the latter may lead to depression. Yet, it’s important to have realistic levels of confidence rather than an irrational belief in perfection.

Self Esteem vs Self Confidence: Misconceptions

Research has shown that people who score highly for narcissism are also more likely to engage in risky behaviors such as drug abuse and sexual promiscuity, which is a risk factor for depression. It is more accurate to say that high self-esteem protects you from low self-esteem, not a mental illness! Another common misconception is that; if we want to increase people’s mental health, we need to raise their level of self-esteem.

Again this is a misconception because research has shown that self-esteem tends to be stable throughout our life. People with high self-esteem at the age of 14 still have it when they are in their 70’s (we know some people lose theirs through negative experiences or illness), so trying to raise someone’s level of self-esteem is difficult and unnecessary.

The best way to help people with low self-esteem is to boost their confidence by teaching them skills to make them feel better about themselves.

For example, many people with low self-esteem experience anxiety in social situations, which can be improved by learning specific social skills, such as:
• How to start a conversation
• How to maintain eye contact
• How not to blurt out stupid comments

Self-confidence can be increased by success, whereas self-esteem is related to achievement. For instance, a student may get an A in their exam, which boosts their self-confidence because they have achieved a perfect score. However, the same person’s self-esteem will not increase because they have not improved anything. They have just obtained the best possible result.

This is why self-esteem isn’t increased very much if you win an award, for example, or even win an Olympic medal! You did well, but nothing has changed about your ability. Success doesn’t necessarily mean you are a better person (although it’s nice to think so!).

Self-confidence has also been linked with academic success. So confident students tend to do better in exams than those who lack self-assurance, regardless of their ability or intelligence. Students who received false feedback that they were under-performing significantly reduced their effort, whereas those who thought they had excelled increased their time studying. So there is an association between self-confidence and academic achievement.

How to Improve Self-Esteem

The only way to improve self-esteem is to try and set goals that are challenging but achievable. So if someone wants to lose weight, they have two options: either go on a very strict diet or aim for losing just a few pounds initially and keep it realistic by building up gradually. The second option means the person is more likely to stick with their diet and therefore be successful.

So challenging yourself but not too much is the best way to boost self-esteem!To be happy, you need two things: high self-esteem (having a positive opinion of yourself) and low neuroticism (being calm, relaxed, satisfied, and in an overall good mood). So high self-esteem helps you be happy by making you feel good about yourself, and low neuroticism makes you happy because it prevents stress, anxiety, and depression.

That’s why people with high self-esteem tend to be a lot happier than those who have lower levels of self-worth. However, low self-esteem doesn’t necessarily mean someone is unhappy. That’s because some people think they have low self-esteem, but actually, it’s just a front that they invent, so others don’t know how they feel! And that’s fine; as long as you are happy with yourself, then it doesn’t matter what anyone else thinks about your level of self-esteem.

So the key to happiness is self-esteem and neuroticism. Self-esteem increases as you become older, your self-esteem will grow, but self-confidence decreases. While you’re younger, you think you can do anything because it’s all possible, but as you get older, you realize that you’re not always perfect, which can lead to lower self-confidence.

5 Methods to Boost Your Self Esteem vs Self Confidence

Most people with low self-esteem are afraid of challenges. That’s because they think that if they fail, then it will be a disaster and make them look stupid or incompetent to everyone else. So they tend to avoid doing anything difficult, which makes them feel safe and means that they don’t get better at anything. This leads to the vicious circle of failure, feeling bad about yourself, and avoiding anything challenging!

If you want to feel more confident, you need to stop avoiding demanding tasks and start facing your fears instead. For example, if someone has a fear of public speaking, they would need to learn how to speak in public as part of their job and improve. If they manage to achieve this, their confidence will increase naturally because they’ll know that if they have a problem with something, they can solve it by putting in effort and learning from mistakes.

The trick is not to avoid anything that causes you to lose confidence but to face your fears to realize that the situation isn’t as bad as you thought.

Method 2: Be Nice to Yourself

Most people with low self-esteem are sometimes mean to themselves and criticize their behavior and appearance when they fail or make a mistake. This makes them feel angry with themselves and less confident because they think they are useless for making that mistake. However, it is more helpful to be kinder towards yourself instead, which will increase your self-esteem in the long term because you’ll know that you can sort out anything which causes you problems.

Start thinking about your good qualities and stop being self-critical. However, this is not simple because it goes against the social conditioning that we all receive! For example, someone who has low self-esteem may think that they are stupid, lazy, or incompetent. But being stupid means you cannot learn, which means you are not lazy because you don’t have the motivation. It also means that you’re also probably very hard working as well!

So thinking of yourself more positively requires re-training your mind to think differently about yourself and your life experiences. This can be done by using affirmations and visualizing yourself more kindly regularly.

If you have low self-esteem, you might be afraid of failure because it is viewed as bad in our society. However, failure is inevitable and just part of life because nobody is perfect, and no one always succeeds. So if you do fail at something, then it’s important to view it as a learning opportunity instead of thinking that the world is out to get you and you’re stupid!

Normally people learn more from their mistakes than they do from success. This means that trying things out for yourself and making your own mistakes is the best way to learn about life. This process inevitably means that you’ll make some new mistakes and create some problems at times, but this is unavoidable if you want to try something different from everyone else and be yourself!

If you tend to get stressed because you’re worried about failing, then another effective strategy is simply deciding ahead of time that you won’t care about it. This means playing a game with yourself and pretending in your head that you don’t care if things don’t go well, which can give you the confidence to try new things without feeling so insecure!

So instead of avoiding failures or mistakes, embrace them as opportunities for learning something new about how the world works and take a positive attitude towards new experiences instead. The key to continuing to develop your self-esteem is to focus on what you can control in life, and that’s your mind and thoughts. People with high self-esteem tend to have good emotional intelligence, so they understand themselves and others well. And this means they’re much less likely to make mistakes or say something hurtful.

However, no one is perfect, and we all make mistakes in life, so it’s important to be kinder to yourself because that will help you have more self-compassion when things don’t go well. If you feel confident about your abilities, then this also means you won’t put as much pressure on yourself either, which can help you enjoy life more and become happier.

And the most effective strategy to increase your self-esteem is to focus on developing your mind in a kinder way, which can make it easier for you to deal with all sorts of different situations that arise throughout life.

One of the most difficult times for us is when we don’t know what’s going on. This could be right before a presentation, during an interview, or when you’re just going through your daily routine.

Your mind gets into a race with all the possible negative outcomes that could happen, and so it can make everything more difficult. Visualizing a positive result means instead of thinking about what could go wrong, focus on what you want to happen. It can help make you feel more in control and confident, which will make the situation easier to deal with.

Method 5: Be Open to Accepting Compliments

We all love getting compliments from other people, so it doesn’t seem like there could be anything wrong with this. However, sometimes when we get a compliment, our instinct is usually to try and deflect it away or deny that it’s true, which can make the other person feel bad or insulted. Why should others trust you when you don’t trust yourself? The next time someone pays you a compliment, try to accept it and say thank you instead of arguing about how it’s not true.

This encourages the other person to keep paying you compliments, which can help boost your confidence and self-esteem. The differences and strategies above can help you feel more confident about yourself and life in general by learning how to respond to different situations with a kinder attitude towards yourself. 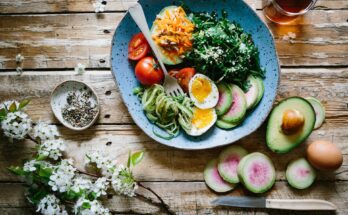 How to Heal Yourself First Before Helping Others 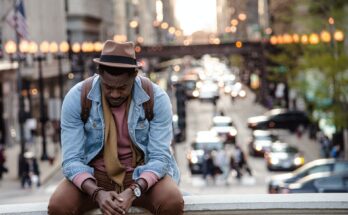 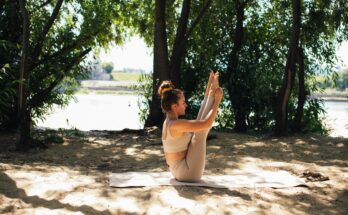 The Best Self Empowerment Quotes

One Comment on “Self Esteem vs Self Confidence, Is There A Difference?” 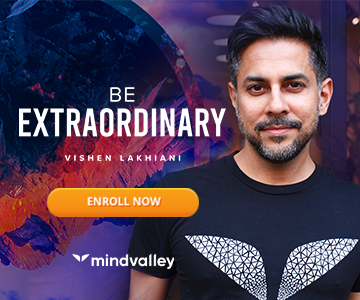 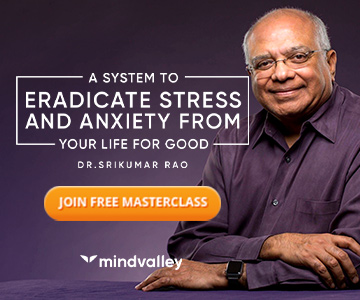